It’s not every day that someone gets to say their name is on the moon. Yet if you were to ever visit the moon that’s where you’ll find the name of our inventor and founder Roy H. Taylor and the names of his launch team colleagues listed on a small strip of metal in one of the pre-man shot probes landed on the moon.

d on many exciting projects, for NASA and Air Force programs, including the Ranger, Mariner, Midas, and Gambit, the second stage of the Atlas SLV-3 Agena-D Vehicle in the 1960’s from Launch Complex-12, 13 &14.  Total launches 109. Roy’s specialty was launch complex instrumentation participating in the actual launches, his passion “propulsion”, which is the end result of every launch.

One day, while out on the golf course with a friend from Cape Canaveral, Roy found himself growing frustrated with his performance, suddenly the idea struck Roy liken to a “Flash of light” the invention was born, hence yielding multi-utility patents, leading to the current patents pending.  His competitive spirit and rocket science propulsion background all came together nurturing the thought there must be a way to make golf pleasurable.

Roy says, launching missiles were very complex and challenging especially in the early days, likewise launching a golf ball, was also very challenging, where the golf ball launch complex must be contained in a volume the size of a convention golf club driver, requiring over a decade of R&D work to achieve.

All through the years even with only a measurable degree of success, Roy enjoyed relaxing in a beautiful golf course environment outdoors with friends, to play the great game of golf with pleasure, leaving frustration behind.  Golf by nature is a challenging sport and can be frustrating at times, causing many players to leave the game, Roy says, he was one of those players; but not anymore by using the Power2Golf club.

As Roy likes to say now, one quick lesson and you’re on your way. Regardless of your skill level, the Power2Golf Club will add power to your game, liken to Power Steering in your car.  Roy says playing Power2Golf brings pleasure to your game and the frustration is gone. To Roy’s delight, the Power2Golf club, the world’s only Power2Golf club is now available to help everyone enjoy the game. Golfing is now possible for not only the skilled and able-bodied, but now the unskilled and even physically limited players also join in on the fun. 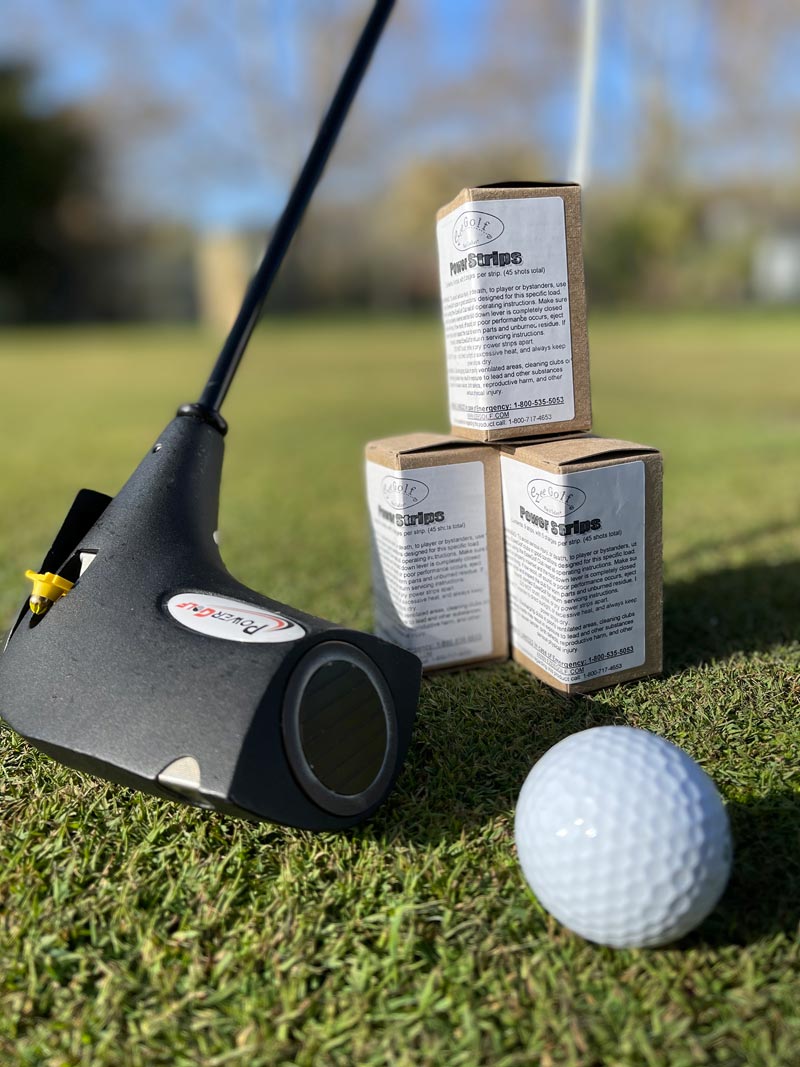 The WORLD’S FIRST PISTON POWERED CLUB IS EMPOWERING PEOPLE AROUND THE WORLD TO ENJOY THE GAME.
The patented Power2Golf Club lets you control the distance.
Propel golf balls from 50 to over 200 yards!